The Companion Blog to GrowinginPreK.com

Our science lesson for the week was about motion.

We used a pulley: 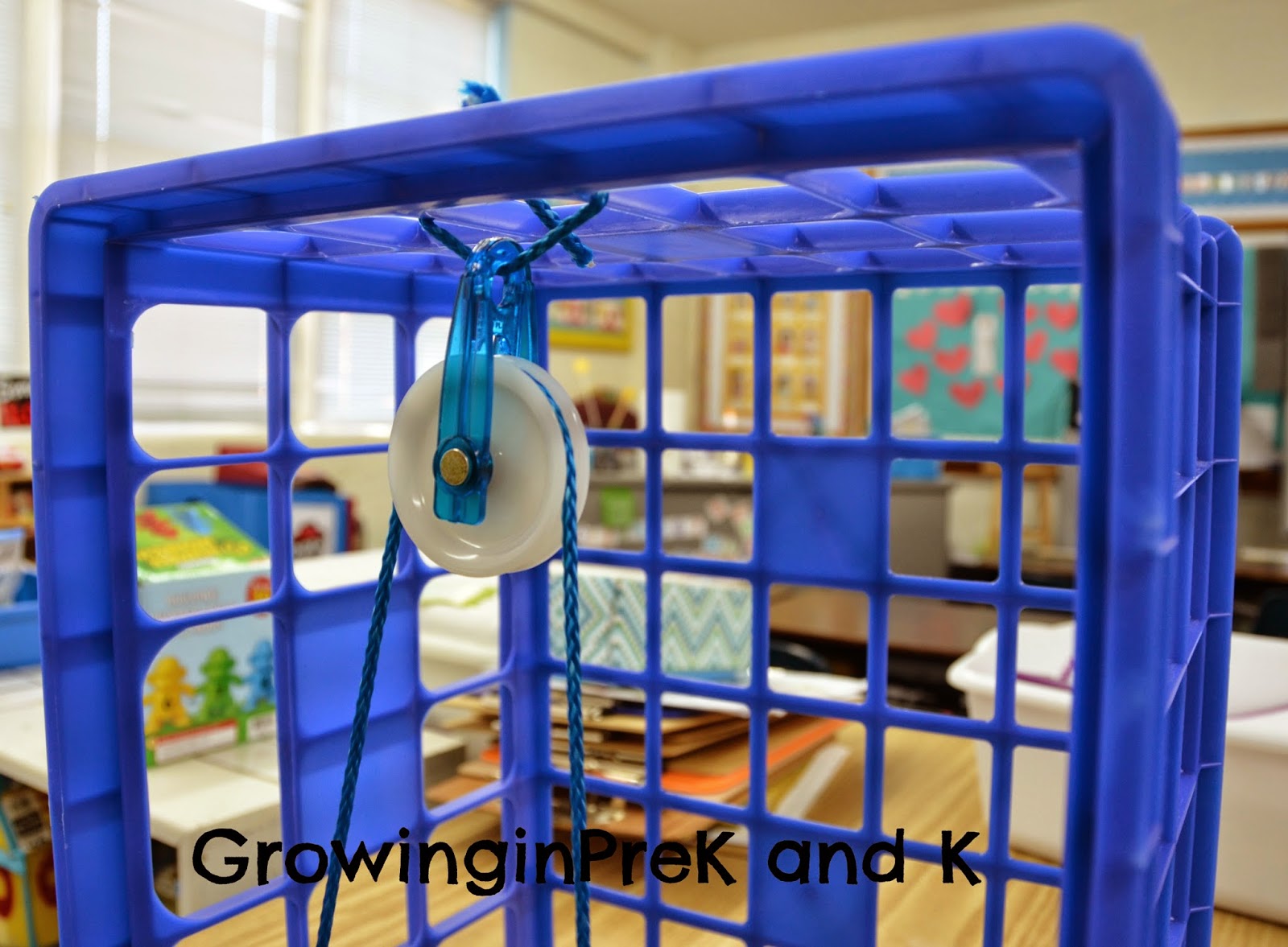 I purchased it at a hardware store for a few dollars and tied it with rope to a crate.  We learned that a pulley is a wheel and can be used to move things.  We talked about elevators and water wells.

I tied a metal bucket to one end and used a metal key ring as a handle.  I taped it to the table, but this activity does need to be supervised since the crate can fall off the table if the kids pull too hard.

We also played with ramps/slides:

Then we tried identical race cars on ramps made from two or three interlocking blocks.  We found that the car on the track with the steeper slope always moved further when we placed them on the track without pushing.  I was happy to discover how inexpensive some Hot Wheels tracks and two cars were in the toy department at Target.

And we saved the best for last...
I saw this great idea for using 10 feet of tubing from a hardware store with marbles to demonstrate gravity at Region 4 training in Houston last year. 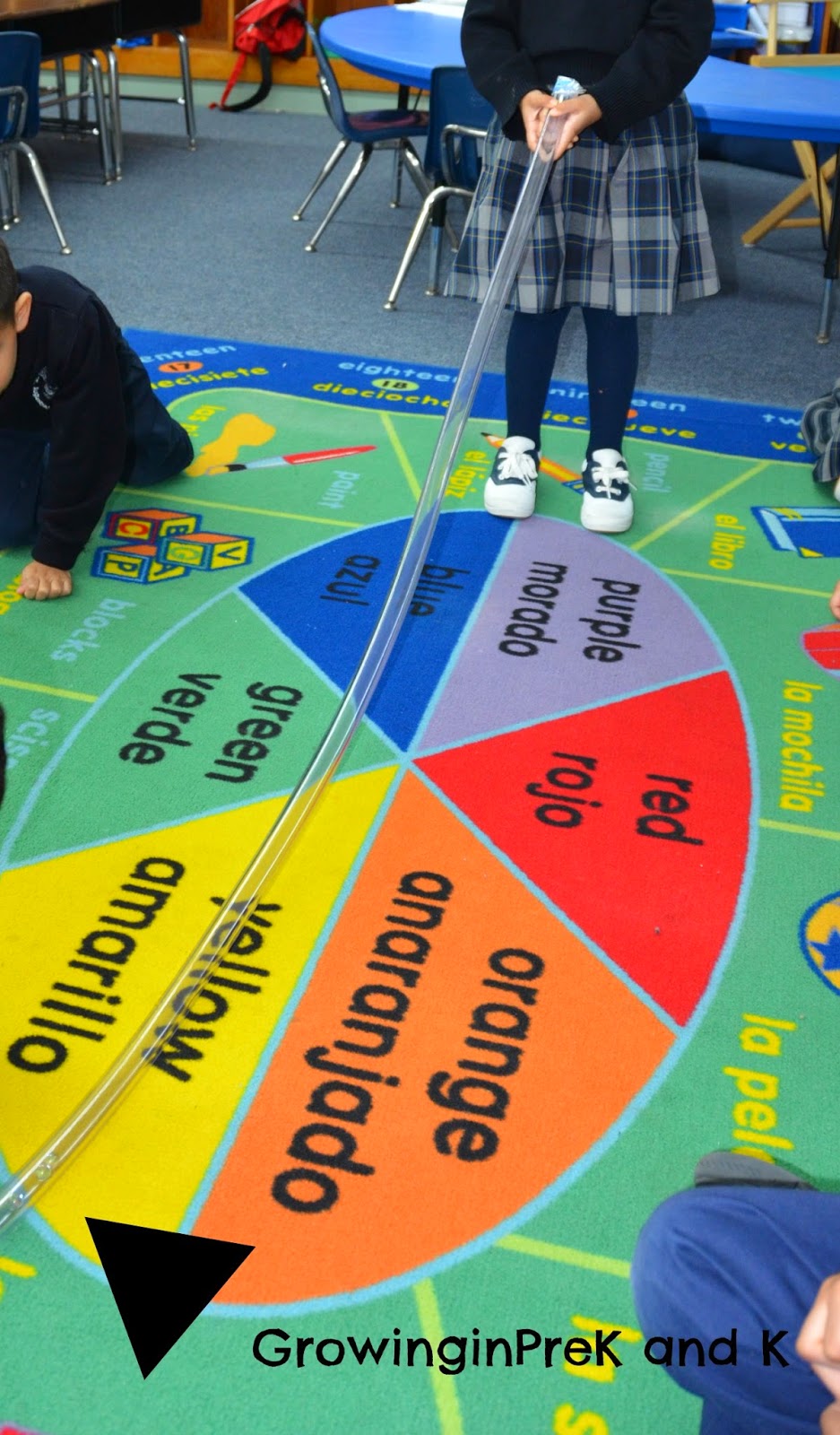 Two kids holding the ends of the tube have to figure out how to move the marble(s) from one end to the other.  There is plastic wrap and a rubber band on each end to keep the marble in.  Again, this is an activity to be done under supervision.

It is a lot of fun though! 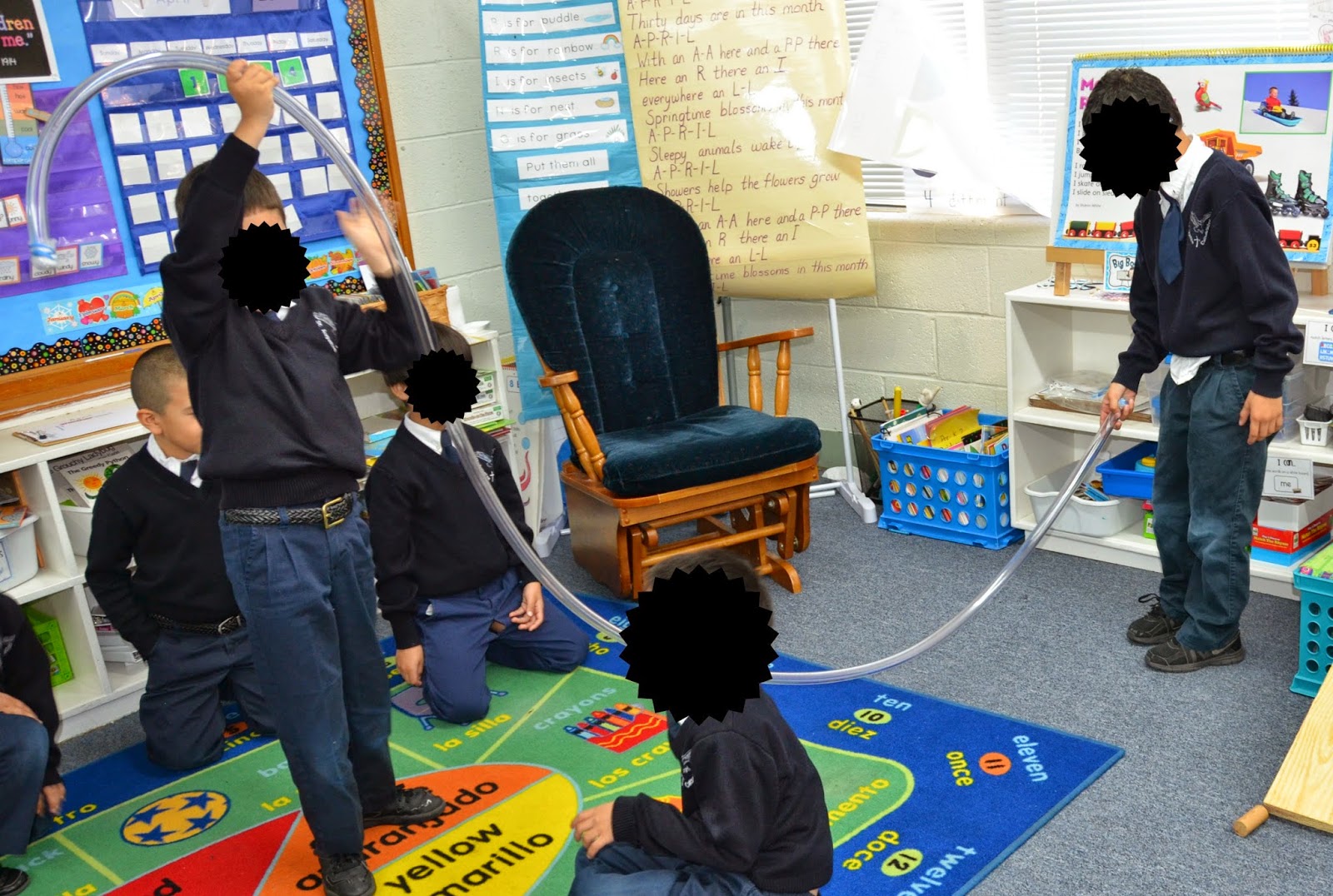 I wish I could show you all the smiles in this photo - but I'm sure you can imagine.